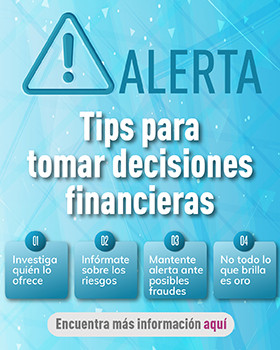 The study shows the gaps women face in terms of access to financial products and credit conditions in the Chilean banking sector. Since 2015, the importance of this report has been highlighted by international organizations such as ECLAC and the OECD.

Today, the Superintendency of Banks and Financial Institutions of Chile (SBIF), released an English version of its 2016 Report “Gender in the Financial System” in order to give the international community access to its gender-based data on the Chilean financial system.

The report shows the gaps Chilean women face in comparison to men in terms of their access to banking products, as well as in the credit conditions they receive. Its aim is to highlight the importance of reducing gender gaps in the financial system, as well as gather information that can contribute to the design and implementation of public policy and commercial policies by financial institutions.

It is worth noting that since 2015, this Report has been recognized by the Global Banking Alliance for Women, the UN Economic Commission for Latin America (ECLAC), and the Inter-American Development Bank (IDB) as a unique contribution in the world in the tracking of gender data in the financial system.

This morning, the Superintendent Eric Parrado gave Christine Lagarde, Managing Director of the IMF, a printed copy of the English version of the Report. In the occasion, she expressed her appreciation for the job the SBIF's has done towards its contribution to close the gender gap in the financial system.

Although the international gender gap measurements show that the “economic dimension” is one where Chile most lags behind, the results of this Report show progress in closing the gaps associated with the use of financial services provided by banks.

In fact, during the period of analysis (2002-2015) there were no significant gaps between men and women in terms of access to savings products, and there were sustained advances in the closing of gender gaps associated with the access to credit and cash management products.

However, one of the main findings of the 2016 Report is that there are differences in the credit conditions applied to men and women, as follows:

Other findings are the following.